Change and the fear of failure 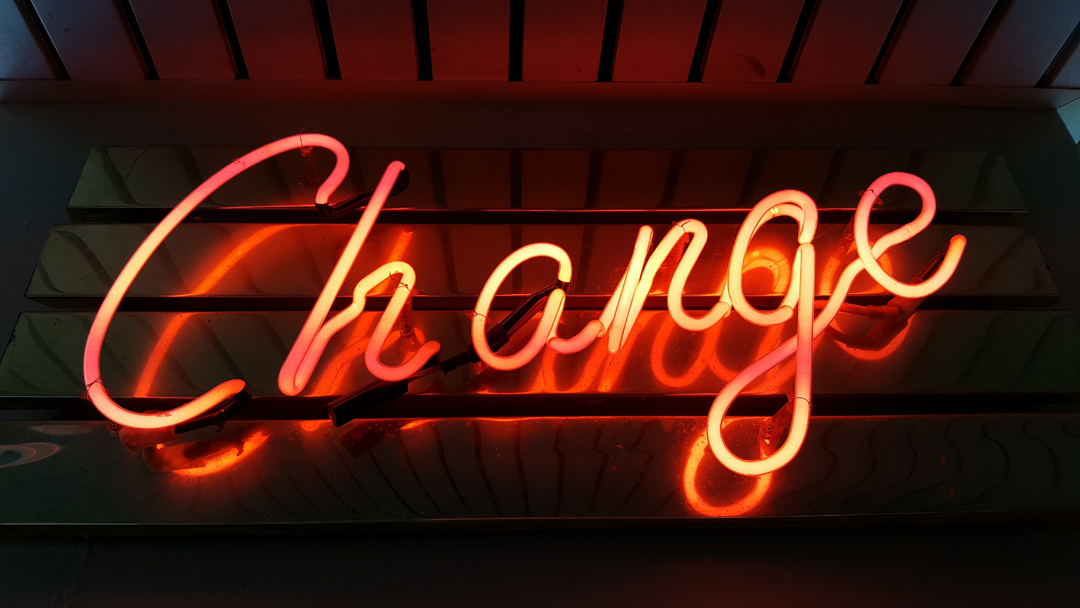 We all know that both in our work or personal lives, we will all have to deal with the impacts that change brings. Change can be something positive like getting that new job you’ve always wanted, or having to deal with the news of being made redundant, and the sense of loss that comes with that.

The one thing that we do know in life is that change is inevitable. So given that we know that, the question has to be asked why do we find change so difficult?

There are a number of reasons, but I one that seems to effect people the most is the following:

People resist change due to fear of failure.

You see despite what you might hear to the contrary, people once settled like the comfort that familiarity brings, that is why millions of us today find it so difficult for example to change banks, change jobs, start that business or even move home, simply because the fear of something going wrong makes us decide, it better to not make the change, and we end up saying things like “it’s better the devil you know”.

This unwillingness to change as a result of the fear of failure, is also a recognised condition known as atychiphobia. In other words, a condition in which it’s best to avoid the problem all together. It should also be mentioned that this condition is not exclusive to those formally diagnosed with it.

So what are some of the symptoms of fear of failure? The common ones are:

1: Self-Sabotage, such as Procrastination, or the failure to follow through with a goal.

2: A reluctance to try anything new or getting involved with anything challenging.

3: Perfectionism, where you’re only willing to try something you know you can complete.

So what can be done?

The first thing is to learn to think more positively. Now I know that is easier said than done, but positive thinking is a powerful way to build self-confidence.

To help reduce the fear, it would be a good idea to have a contingency plan, if you know that you have a fall-back position then you may feel more confident in your ability to move forward.

How to help yourself?

There is no silver bullet, but if you decide what you would like to achieve, and then set yourself goals to get there, then this can be a good start.

There is the saying that if you don’t know where you’re going, then how will you know when you get there? So it’s important when trying to overcome a fear of failure to have vision of where you want to go, and an idea of how you can get there.

That is why setting clear goals can help, as they can provide both clarity and the sense of purpose, which can help you take those first steps to building your self-confidence and avoid any overwhelm when making changes. This in turn can help to reduce any fear that may be holding you back.

Thanks for visiting Think It Plan It Do It Now!

If you haven't done so already, don't forget to to grab your free copy of The Secrets To Successful Project Management.
Download for Free

If you have any questions and would like to discuss how I might be able to help you, then simply click the button below to book your free discovery call today!